Two ryegrass species are of great importance in forage/livestock production; annual ryegrass (Lolium multiflorum Lam.) and perennial ryegrass (Lolium perenne L.). Both species are easy to establish, versatile in how they can be used and adapted on a wide range of soil types. They are leafy grasses that produce highly palatable forage that often exceeds 70% digestible dry matter and 20% crude protein. These characteristics enable grazing animals to maintain exceptionally high dry matter intake levels and result in outstanding animal performance. 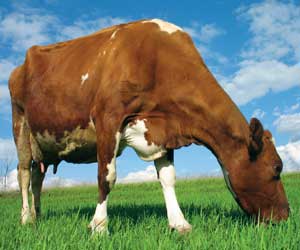 Annual ryegrass is an outstanding winter annual forage grass that is highly productive. It can be planted on a prepared seedbed, overseeded into the dormant sods of warm season forage crops or used as a winter cover crop and/or winter grazing crop. It is estimated that over two and a half million acres of annual ryegrass are grown for forage in the USA every year. The species is considered an annual, although in a few areas of the USA, plants sometimes live for one and a half years or more, depending on variety and/type, planting date and climatic conditions.

“Westerwolds” type ryegrass is a true annual that will make seed in spring regardless of planting date. This type is widely grown in the Deep South, but less so farther north because some varieties are not highly winter-hardy. “Italian” type ryegrass needs exposure to cold weather in order to head, so when planted in spring it will make little or no seed. In most climates Italian ryegrass acts as an annual and dies in less than one year, but in the northern tier of U.S. some varieties are winter-hardy and may act like a biennial or a weak perennial.

Annual ryegrass is a fast-growing bunchgrass that produces several upright tillers from each plant. It has clasping auricles and shiny leaves that generally reach around 8 to 12 inches in length. Ungrazed plants can reach a height of 40 to 50 inches. Well-fertilized ryegrass foliage is a lustrous green color except for the bases of plants, which are yellowish-green. Seedheads, which normally first appear in April or May depending on geographical location, are a single spike and spikelets are in an alternate arrangement on each spike. Seed are awned and there are 9 to 15 florets in each spikelet. It establishes quickly (germination usually occurs within a week to ten days under good conditions), develops an extensive fibrous root system and can be quite competitive with other plants.

Annual ryegrass originated in Europe but is widely grown in the USA. The greatest concentration of use at present is in the Deep South from East Texas to North Carolina, but some varieties are winter-hardy enough to be grown in the Midwest. It can be grown on many different soil types and in numerous climates, especially where there are extended periods of mild temperatures (the optimum range being 68º to 77º F) and good soil moisture. It is not shade tolerant or highly drought tolerant but it can be grown on heavy, waterlogged soil and will tolerate brief periods of flooding. It is mostly utilized as pasture but is also widely used for hay, silage, haylage, baleage and greenchop.

Ryegrass pasture can reduce hay or other stored feed requirements for many livestock producers, especially in the Deep South. Fluctuations in hay yields of other forage crops affect the acreage of annual ryegrass planted from year to year, as more ryegrass is planted in poor hay production years. Overseeding warm season grass sods, which is the most common approach to planting annual ryegrass, can extend the grazing season by three months or more. 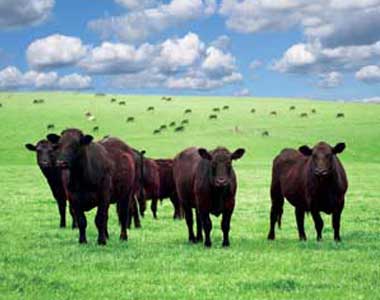 Perennial ryegrass is a cool season bunchgrass native to Europe, Asia and North Africa. Its use in the USA has been primarily for turf but interest in it, and opportunity for using it as a forage crop, is increasing. Perennial ryegrass has short, non-clasping auricles and the seed has no awns. There are approximately 330,000 seeds per pound. It has a branched root system with adventitious roots at the basal nodes of tillers. The inflorescence is a “spike” with awnless spikelets. Leaf blades are narrow and folded in the bud. It is cross-pollinated.

Perennial ryegrass is more persistent than annual ryegrass but less persistent than tall fescue. It tillers more profusely than annual ryegrass but is lower growing and will not form a seedhead in the establishment year. There are diploid (two sets of chromosomes) and tetraploid (four sets of chromosomes) varieties of perennial ryegrass. Tetraploids have longer tillers, longer seedheads and wider leaves. Tetraploid varieties tend to be taller and less dense. Because they have a more open sod (less ground cover) they are better suited to be grown in mixtures with legumes. Tetraploids are more digestible, have more soluble sugars and generally perform better than diploids during grazing. However, diploid types are usually more persistent and more tolerant of heavy grazing.

Perennial ryegrass is popular in many turf situations because it germinates rapidly, establishes quickly and has aesthetic appeal. However, its use for forage has been limited by temperature extremes. Since the species is primarily adapted to temperate climates, it historically has not been productive and/or persistent during cold winters in the North or hot summers in the Lower South. Advances in variety development have expanded its use beyond its historical adaptation area and with continued breeding efforts its zone of adaptation will likely continue to expand in the future. At present approximately 250,000 acres are grown in the USA. Perennial ryegrass has the potential to produce high yields of excellent quality forage and can be used for pasture, hay, silage, turf and conservation purposes. It is easy to establish and can be grown in mixtures with legumes such as alfalfa, white clover and red clover.

Perennial ryegrass can survive in a wide range of soil and climatic conditions; however, it grows best on well-drained, fertile soils. The first and most important agronomic and economic investment in ryegrass production is a soil test. Phosphorus and potassium should be in the medium range and the soil pH should be between 6.2 and 6.8 for optimum production and persistence. When seeded with legumes, nitrogen is not required. In pure stands, add 40-60 pounds of N per acre depending on planting date and expected growth during late fall and winter. For late-winter early-spring seeding, use 50-60 pounds of N per acre.

Use high quality seed of a variety capable of producing and persisting in your area. Many states conduct variety tests that provide information about which varieties have performed well in a given area.

Depending on location, seedings can be made from early August through October. Earlier plantings are best for fall and early winter grazing possibilities. Plantings can also be made from March to early May. Seedings can be made into prepared seedbeds or no-tilled into killed sods or crop residues. When seeding into a prepared seedbed, use of a cultipacker-seeder or broadcasting seed followed by cultipacking has been very successful. Regardless of seeding method, seed should be planted at the optimum rate and placed at a depth of ¼-½ inch in good seed-to-soil contact. Reduce seeding rate when seeding with a legume. Monitor a new stand and control any troublesome weeds and insects during establishment.

Here are some useful publications.